Businesses have been looking to get their ads on Snapchat ever since the platform became one of the fastest growing social platforms in the world today. And while the popular platform has been hesitant in the past about allowing brands to feature their ads, their attitude could soon be changing.

Snapchat has finally released an advertising API for its platform called “Snapchat Partners,” which means you can expect a much bigger variety of video ads. This update means that for the first time, adverting space can be bought through third party collaborators.

Where will businesses see these ads? The API will integrate into the existing sponsored video stories, but where the biggest difference will be are the “Snap Ads Between Stores” feature. With this new feature, Snapchat will begin inserting ads between people’s video content.

Besides the video ads that are on their way, Snapchat’s most lucrative features right now are their sponsored Lenses and Geofilters. The Geofilters were made available to the public in February. These two features will not be integrated into the Partner API yet, but this could change fast if the new video ads are a success.

In an article by Ad Week, they explain that these ads could see high engagement for brands implementing the premium video ad inventory.

“Snapchat predicts that the wider availability of its video ads will be a hit among brands, claiming they get five time greater consumer engagement – or ‘swipe ups,’ in the company’s vernacular – when compared to click through rates on most mobile ads.”

With Snapchat reporting that it has 150 million daily users, the platform could stand to steal away a chunk of millennial-focused brands’ TV budgets. The combination of the platform’s daily users and the idea of capturing a young audience is becoming enticing for brands looking to connect with a new audience. 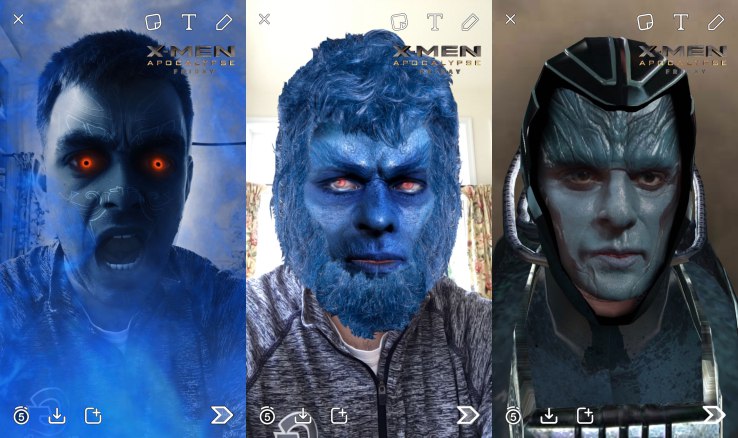 The new advertising features on Snapchat will cause many business to re-think their advertising strategy and try to figure out where to allocate their marketing budgets. Today, businesses have two options when it comes to the decision of whether or not to start with Snapchat.

One, a business could start a Snapchat account and start building an organic following with promoted material thrown in to spread awareness. Two, a business could wait to see the new API Partners roll-out the video advertising and start implementing quality ads once the performance of these ads have been tested.

No matter the option a business decides to take, the most important aspect to consider is their target audience. The question must be asked, “Who are the people you’re trying to reach and will they engage with our material on Snapchat?”

Will You Grow with Snapchat?

There’s no arguing that Snapchat is exploding, but the question is now how long the platform’s growth will continue. According to Ad Week, it could be on the rise for a long time. Snapchat made $59 million last year and the company is set to make five times as much this year (between $250 million and $350 million). By 2017, the company is predicted to surpass the $1 billion mark.

Snapchat says the new ad format won’t start showing up for a few weeks, so this could be prime time for businesses to get involved with the platform. Once the advertising begins rolling out, the rush for ad space will be intense and highly competitive, so if you’re looking to be at the front of the crowd, take the time now to develop an effective marketing strategy.