You may not have been able to fork out the $5 million to pay for a 30 second TV spot during this year’s Super Bowl, but there are some important advertising lessons you can learn from the companies that decided to craft commercials for the big event.

There are very few events that pull in as many viewers as the Super Bowl and now more than ever, marketers are treating the game as a stage to highlight their brands products or services. However, recent articles are questioning whether or not these businesses are generating enough leads to balance out the cost of purchasing these TV spots.

The marketers for these large companies have to tackle the same question that many small business owners have to ask themselves each time they spend money on advertising, which is “How will my advertising spend generate more leads for my business?”

The advertising during this year’s Super Bowl offer some important insights to this question that business owners, creative agencies, and marketers can’t afford to miss out on.

Imagine trying to justify creating one piece of content and asking your marketing director for $5 million to promote it for 30 seconds. This isn’t exactly an easy sell, but today’s marketers looking to capitalize on Super Bowl air time have found a way to make that one piece of content live longer than a 30-second commercial. The solution – digital advertising.

Because of digital advertising, the Super Bowl commercials we know and love no longer act as the only form of content promotion for a business. In a recent article by iab.com, it explains that these television advertisements are just one piece in a bigger picture.

“The ads themselves take a backseat of sorts, working as part of a bigger campaign born online that that gathers momentum and awareness in the build-up to the match.”

Other companies looked to Procter & Gamble’s successful strategy and implemented their own advertising campaigns before this year’s game. Honda’s singing sheep video has been online for days, while BMW, Marmot, and Verizon have all adopted similar strategies to promote their content. The Iab article explains:

“It’s no longer enough for advertisers to pay for a slot and strong creative to have a good Super Bowl; there’s more obligation to extend the campaign well beyond the event itself.”

The article points out some interesting statistics that point out the capabilities of digital advertising to reach a similar audience as big event at a fraction of the price. Let’s look at Super Bowl 50 as an example.

Because of resources like digital advertising and social media, marketers have shifted their focus from reaching the max amount of people to creating a unique experience for each person. Scott McLean, co-founder of the consultancy The Intelligent Marketing Institute, explains how the shift has occurred.

“As the advertising costs soar, not just for the 30 second slot but for the entire campaign, then there will have to be a rigorous focus on the end-to-end audience engagement journey. How will all the activities, including the ad, be structured to take the audience on a buying journey?”

How Can You Relate?

So why should this matter to you if you don’t have any plans to spend millions of dollars on an advertising campaign with air time during one of the most popular sporting events in the world? Because the trends highlighted on the world’s biggest stage create opportunities to see how the industry is changing.

Let’s sum up this article to hopefully make it a little bit clearer.

As we say goodbye to another season of football, we no longer have to rely on just our memories to recall our favorite commercials or halftime performances. With digital advertising, the content from this year’s Super Bowl will live on as long we continue to like and share our favorite moments.

If you’d like to learn more about digital advertising and how we can help you promote your business to the right customers, make sure and contact us anytime. 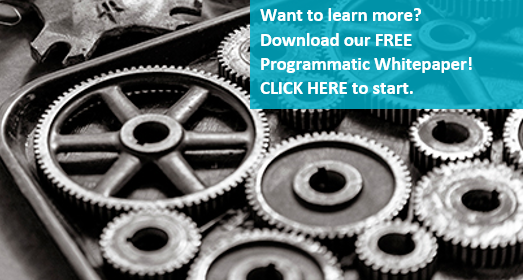