In: Video Advertising and Social Media

Let me start by asking you a question. When you think of Facebook, do you consider it a social media network or a video platform? If I were to ask you that question in 2015 you might say that Facebook is a social platform for people to write posts, engage with friends, and occasionally share photos. In 2017, however, you might have a different answer.

While many of the original features are still available, Facebook has been adding more and more tools to make its platform more compatible to the modern-day user. Many of these tools cater specifically to videos – and people have noticed. Facebook, one of the world’s largest social media platforms, is making all the necessary strides to becoming a full-service video platform.

Adapting to the Demand of Video

As I’m sure many of you have seen as well, I noticed the content on my Facebook timeline was changing. There was a shift from photos and posts being shared to a constant stream of videos. This shift has made it clear that video was the preferred content choice of users. As of January 2016, there were an average of 100 million hours of video being watched on Facebook daily.

In this article, I will be discussing some of the major changes that Facebook has undergone to enhance its video capabilities. I’ll also point out what marketers can look forward to as the Facebook video environment becomes more saturated with watchable content.

Here are some of Facebook’s more notable video features.

One of the most recent video additions is Facebook Watch. The “Watch” tab sits under the News Feed and Messenger buttons on the main desktop navigation menu. On a mobile device, the icon sits in the bottom navigation bar.

Facebook Watch is the new video portal that will “curate Facebook-exclusive video content” from partners as well as some channels that were founded by the company itself. The content in Watch range from 2-3 minute videos to full length episodes.

The exception to the original content rule currently appears to be sport content. Sports leagues like the NBA and NFL are giving Facebook permission to show highlights of games. This presents a future opportunity for marketers to continue to help their clients through video marketing. 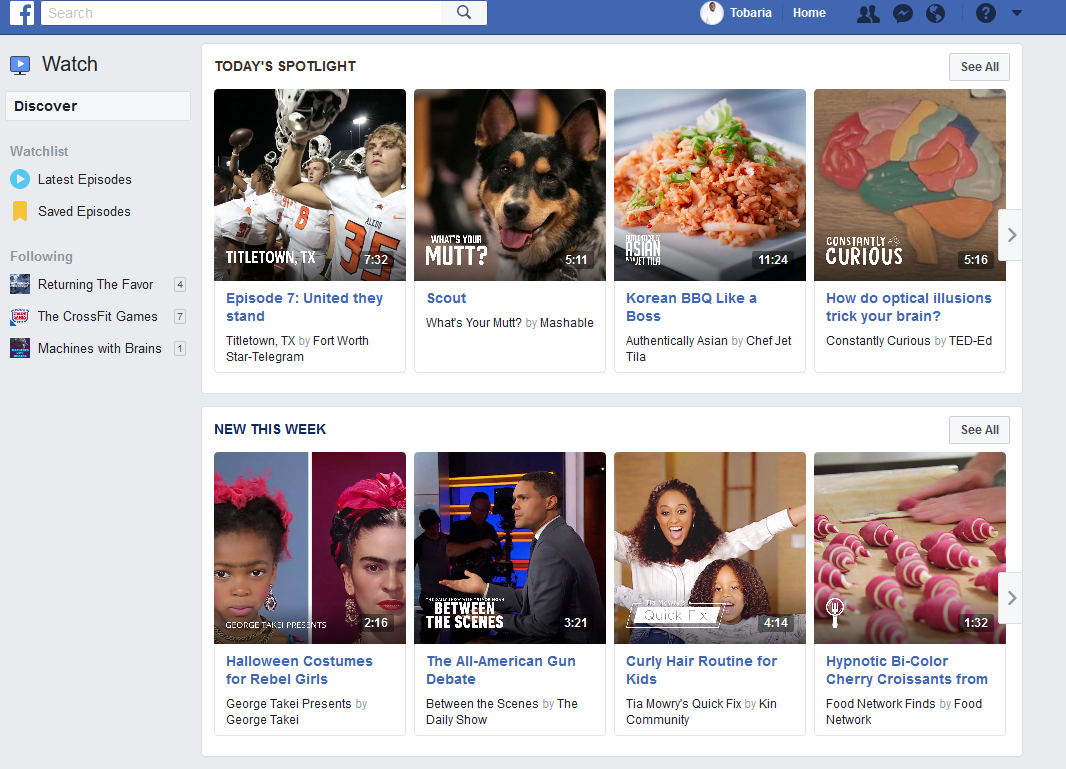 What does this mean for Marketers?

Marketers may be able to start using mid-roll videos as an option to reach consumers in the future. Mid-roll ads only start playing after 20 seconds of viewing a video. However, according to Business Insider, users are viewing Watch videos for 23 seconds on average.

That is where the problem lies with mid-roll videos as they relate to Facebook currently. If users are only watching 23 seconds of Watch videos on average, they would only see three seconds of the mid-roll video. That would render the ad ineffective. Once the average watch time increases, marketers may have another strong tool to bring value to their clients.

What to expect in the future?

How marketers react to the future ad opportunities within Facebook Watch all depends on if Facebook can get the average view time to increase. While we’re waiting on Facebook, we should start preparing to add mid-roll video targeting on Facebook to our arsenal of how we deliver better value to our clients.

One way to do that would be to modify our creative to feel more custom to mid-roll ad spaces. For example, create videos that acknowledge that the consumers are watching a mid-roll ad. We’ll be monitoring Facebook Watch going forward and bring you the updates as they happen.

If you’re interested in learning more about Social Media and how you can utilize social advertising tools to grow your business, download our Social Media Whitepaper today.