Facebook’s Response to Clickbait Will Leave You Shocked

Spend five minutes on the internet and you’ll probably see an article heading like the one on this post.  Sorry to disappoint you, but unlike my title, Facebook’s response to clickbait will probably not leave you shocked, rattled, or even surprised.

A clickbait article entices you to click with its mystery filled title- “A little girl picks up a rock, what happens next will blow 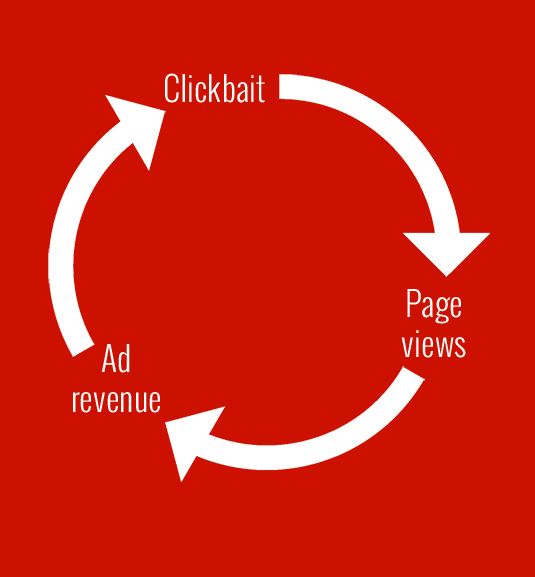 your mind”. What does she do with the rock? You click the article only to be led to a poorly made website filled with ads. You are suddenly filled with disappointment and angry that you fell for a clickbait title.

Clickbaiting has become a serious problem on Facebook and across the web. It’s defined as “website content that is aimed at generating advertising revenue, especially at the expense of quality or accuracy, relying on sensationalist’s headlines to attract click-through.” These sites are only after one thing, clicks. The more clicks they can get to their site, the more ad revenue they gain in the process. They withhold just enough information in the headline to get you interested, but fail to live up to the hype. Lucky for all of us, Facebook has decided to crack down and demote content that’s considered clickbait.

The Beginning of the End

Although some believe that clickbait started after the web was formed, it actually stems from “yellow journalism” which enticed people to buy a newspaper for a silly comic rather than the actual news. Frank Luther, a media historian listed the defining characteristics of yellow journalism:

All these sound pretty familiar, don’t they? Many of these same characteristics are found in almost every clickbait article on the web today. The same things that drew people to pick up the Sunday paper have been translated to the web in the form of clickbait. Initially, clickbait articles got pretty good CTR’s, but people have learned to sniff them out and avoid them at all costs. Publishers once guilty of fishing for clicks have now realized that a click is nothing with a 98% bounce rate. Below is an example of yellow journalism, there was never any proof that the warship was destroyed by an enemy. The title only serves to draw people to buy the paper to read the full story.

The place I find the most clickbait is on Facebook. It seems like my newsfeed has been filled with mysterious headlines for as long as I can remember. Facebook has heard our complaints and released a statement in early August that said they’ll be demoting clickbait articles. These articles will be shoved further down the newsfeed if they contain phrases that are undisclosed by Facebook thus far.

In the next weeks, Facebook will be tweaking the algorithm that drives the newsfeed so that users will see less clickbait and more articles they want to read. Publishers will be affected on differing levels depending on the amount of clickbait they normally post. Facebook predicts that most pages won’t see a significant change from the update. Not all hope is lost for the clickbaiters though, if they change up their dark ways, their content will stop being demoted.  There are still quite a few uncertainties about how this will all work and who will feel the effects of the changes. One thing is for sure, Facebook is going to continue to prioritize the users, so brands must shift their efforts in becoming user friendly. 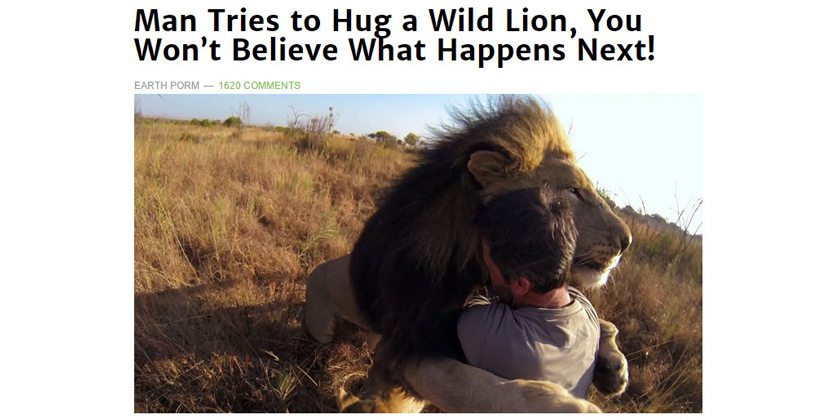 What a User Wants

If you’re reading through this blog worrying about your fate on social media because you rely on clickbait headlines to drive traffic, take a deep breath. Although clickbait was once popular and easy to fall for, users are smarter. Clickbating your posts will only create a distrust between your brand and your readers. It may be hard to be a new business, or a smaller site wanting to grow your site visitors, but getting quality traffic will get you further than a million bounced clicks.

Headlines don’t have to be boring or dull to avoid Facebook’s wrath, they just have to be honest. Avoid using the typical clickbait phrasing like “you’ll never believe” or “what happens next will shock you.” There are a few things you can use to write a great headline.

Facts and Statistics: If you’ve done something notable or have any interesting data, try using that to craft your headline. Example: “Google hit with record $22.5 million dollar penalty for improperly tracking Safari users.” This headline tells the reader exactly what they’ll read about, but still draws them in wanting to know more.

Ask Questions: There’s nothing more enticing than a great question that makes people think. Be sure to make your question descriptive and have the body of the article clearly answer that question.

Lists: Some people would argue that lists headlines are clickbait, but when done right, they can be effective without being annoying. The list should be interesting and factual and relevant to your business. A travel website could post an article called “Inane List of 8 Things to do in Sioux Falls.”

This is not a complete list of ways to write headlines, but should give you a good start. The most important thing to remember is to keep the headline simple and honest. Even if you don’t get as many clicks, you want your users to trust you and stay on your website.

Facebook’s war on clickbait is hopefully about to bring some change to our newsfeeds. As user experience is prioritized over publisher content, we’ll see more and more bad content weeded from our social accounts. If you’re a brand or publisher relying on clickbait traffic, it’s going to be more difficult to get your content out in the coming months as platforms crack down on it. Put the user first, create quality content, and craft truthful and creative headlines. If you do these things, you won’t need clickbait anymore.