WeChat: The Future of Super Apps

The apps Facebook, Facebook Messenger, and WhatsApp seem to be advancing rather quickly. PayPal recently expanded the opportunities in Facebook and Messenger by easily letting people link their PayPal account. Now people can pay and receive their receipts right through the platforms.

This last week Facebook, which now has over 34,000 bots, opened up their developer program, FbStart, to bot developers. they also expanded their analytics to track bot activity. It may seem like these apps are just evolving to help enhance the user experience. But the real reason could be that they’re taking notes from another powerful app phenomenon, China’s WeChat.

Today the digital world is viewed as being split into two – China and everyone else. Most of this divide can be attributed to WeChat, the Chinese super app operated by the Chinese web giant Tencent. This app isn’t just a messaging app, it’s closer to a “mobile operating system.” By combining e-commerce and real-world services, the app is leaving the Western companies behind.

The app not only allows people to send instant messages and post about personal events, but also allows for many other functions. Users can request a ride, buy movie tickets, send payments to others or pay for bills. It’s also used for online shopping. The app now has more than 800 million users. On average a user checks their Wechat account about 10 times a day. WeChat was valued at $83.6 billion last year by HSBC.

The New York Times “How China Is Changing Your Internet” video shows just how accessible and convenient the app is for users: 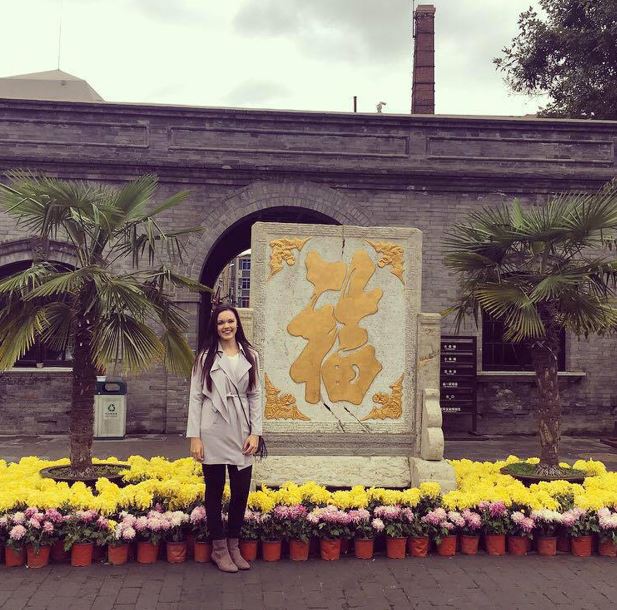 A friend of mine, Danielle, recently moved to China temporarily to teach English. I thought this would be the perfect opportunity to see how someone with no prior experience with the app came to use, love, and depend on it in her temporary home.

Q: What were your first thoughts about WeChat?

A: I thought it was just another “WhatsApp.”

A: I first used WeChat to communicate with our host in China. She would message us details on when to meet as well as pictures she took of us sightseeing. I thought it was fairly simple for this function.

Q: How often do you use WeChat and what do you commonly use it for?

A: I use WeChat all day, every day! I most commonly use it for texting my coworkers and family back home. Also, I use WeChat pay often. I can purchase things in store and online using this app.

Q: Are there any negative effects from the popularity of the app?

A: I don’t think there is anything negative about this app. It’s all about convenience. You can translate messages into any language, share pictures on your Friend’s Circle (Memories), use it for payment, order a taxi, video & audio call, and much more. It has a very positive affect on society.

Q: Are there any US apps you see having similar features?

A: The texting portion is similar to WhatsApp and other international texting apps.

Q: Are there any US apps that you could see evolve into WeChat?

A: This app has so much to offer that I think a new app would need to be created to compare with this. Maybe WhatsApp could make changes since it’s a well-known name and many people have it.

Western companies are quickly following WeChat by combining many individual apps into one. Making the features as seamless and convenient as possible for users.

For advertisers, this is a pretty big deal. Think of the data that’s available through social media platforms. Brands and businesses can understand who their audience is just by analyzing their analytics.

Facebook Messenger recently announced that they’re introducing Messenger Platform v1.2. This will make the app more seamless, give it more ways to share, to buy, and more context. Within the Facebook platform, advertisers will have the opportunity to link the Call-to-Action buttons to Messenger. So, if a Facebook user sees an ad for new running shoes and clicks the “Shop Now” button, they’ll be directed to Messenger to purchase and pay for the product right from the business without ever leaving Facebook.

It’s an important time for new innovating opportunities. Not only are we seeing these platforms quickly evolve, but it’s just as important for brands and businesses to be innovating themselves to utilize these new features right away.