The battle to keep today’s society interested in anything for longer than a few seconds is a problem that many marketers have been dealing with for the last few years. Especially when it comes to app developers. Not only are people’s attention on their mobile devices getting shorter, but their desire for rich content is increasing. A Google study found that one out of every four apps is never used once it has been downloaded.

In an effort to help app developers, Google has focused their efforts on offering developers new advertising tools that engage users and showcase an app at its best.

“We recently redesigned one of our in-app ad formats, and are building on our desire to create beautiful app ad experiences. That’s why today we’re introducing two new rich, immersive ad formats to our growing suite of creative app install solutions.”

In a recent Google article, they announced that they would be rolling out two new types of ads that allow the users and developers much more design and interactive capabilities. Trial Run Ads and “ultra-creative customized mobile ads” are being tested and showcased to developers, but could soon be a major influence in every-day advertising.

How many times have you seen ads that pop up promoting a mobile gaming app? Does it annoy you? I mean, all you were trying to do is enjoy some quality time with your phone and an ad for some gaming app where you have to bake a cookie covers your screen. That’s just plain rude.

But Google’s new interactive Trial Run Ads allow you to test the game by playing a part of the game in the advertisement. They hope that this will showcase the gaming app’s best features and increase downloads.

“Trial Run Ads are an app ad format that lets a user play a game for up to 60 seconds by streaming content from the app before downloading. The immersive demo increases the likelihood that an install is coming from someone who enjoys playing the game. Users get a taste of the game before going through the download process, and the app developer attracts better qualified users who’ve chosen the game based on their experiences in the app.”

No matter your business, or industry you’re in, standing out and being recognized is the end goal of almost anyone. That’s why Google is testing out a new way for advertisers to create “ultra-creative” mobile ads. These new ads give any business they chance to create and voice their very own style.

“We’re also launching a beta for Interactive Interstitial ads, which are HTML5 ads that offer a completely customized user experience tailored to each advertiser’s app. They give advertisers creative freedom to use HTML5 instead of standard templates and pull in data dynamically.”

Mobile advertising has become an environment of its own. Catching a customer while they’re on the go has become an advertising cornerstone for today’s successful businesses. Google’s new interactive ads are designed to help mobile app developers improve the representation of their app, but these new ads also have potential to break into other industries as well.

If you’d like to learn more about Mobile Adverting and what KeyMedia Solutions can do for you, download our free whitpaper by clicking below. 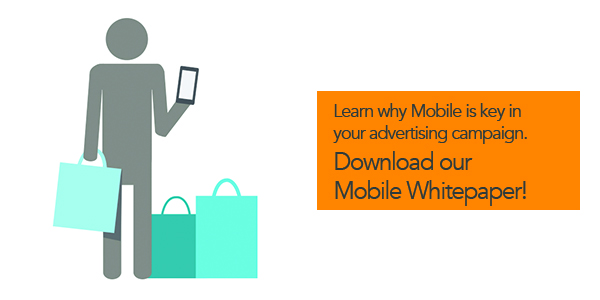