President Obama’s 2012 re-election campaign changed the way campaign managers view the modern political race. The Obama campaign administration utilized digital advertising and data collections that had never been seen before. With their advancements in data collection, they were able to make advertising decisions based on in-depth results based on data collected through online platforms.

Research Companies analyzed strategies of the Obama presidential campaign and found that they used their data to “drive almost all aspects of campaign decision-making, including their media and advertising operations.” The data driven decision-making strategy of the Obama campaign set the groundwork for future online voter data collection, and today’s candidates are looking to Political Programmatic Advertising for precise messaging.

From Businesses to Politics

The automotive and tourism industry have been using Programmatic Advertising to target customers in the market to buy vehicles or take vacations. The world of politics is now looking to use a similar strategy to target voters.

If we look closely at the way Political Programmatic Advertising is being used in campaigns, we can see that campaign managers are using the tactic in a very similar way business marketers use the technology to spread awareness for their brand and products. The access to third party data allows marketers to identify which customers are looking for their products and then place ads in designated websites to catch the attention of those customers. Instead of customers, campaign managers are using the data to target possible voters. Strategically placing ads in front of voters can influence their political preference to lean toward a specific candidate.

Programmatic technology has the ability to target and separate groups based on an individual’s unique criteria. If a campaign is trying to maximize the influence of their campaign, Political Programmatic has targeting options that can place your ads in front of voters who share your platform ideals. The voter criteria can be almost anything…

Imagine making just three ads and targeting voters based on their political preference on a specific issue. The detailed targeting of Political Programmatic Advertising will not only inform voters on specific issues of your campaign platform, but also save you money.

Don’t waste your campaign budget on advertisements for voters whose political ideals don’t match yours. Instead, design a campaign that is almost completely automated and targets voters who are most likely to step into a voting booth and vote for you. These advertisements could be the difference between a voter checking your name or your opponents on election day.

Programmatic Advertising works by collecting the data from third party exchanges. These exchanges have access to the data collected by multiple websites and online resources. Some of the data centers include polling platforms.

Polling platforms like Pollshare collect information from online audiences that allow political campaigns to define and target their ideal voters. This information provides campaigns with better insights into who their audience is, giving campaign managers the opportunity to personalize each ad with influential content.

No matter the size of the election, whether it’s on the national or local level, Political Programmatic Advertising has its benefits. Targeting an ideal voter with advertisement highlighting the political stance of a single candidate or issue increases awareness and influences potential voters.

Take a look at this social issue map of the United States during the time of the Obama/Romney Presidential election. Notice that the two main political issues in the upper Midwest area are gun control and the national debt. Based on this information, a candidate running for office in one of these states would be able to specifically address these issues. 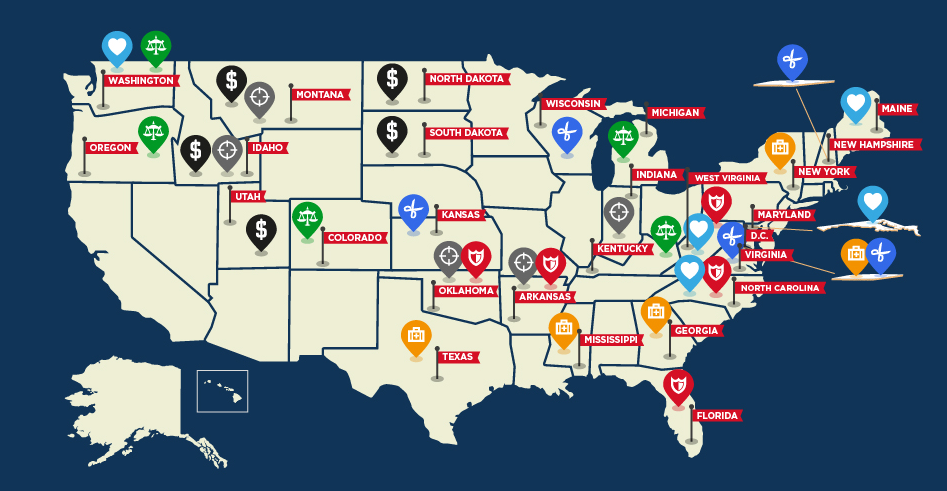 When a candidate’s campaign uses Political Programmatic Advertising, we can create ads tailored to resonate with voters about these issues. Here are examples of the criteria that voters would have to meet to be served our candidates ads.

Running for office in a local election like a State Senate race, could also apply Political Programmatic to target voters. If we use the example of a state senate race, a candidates ideal voters come from their district. As such, it becomes necessary to only target the voters in your district with advertisements. 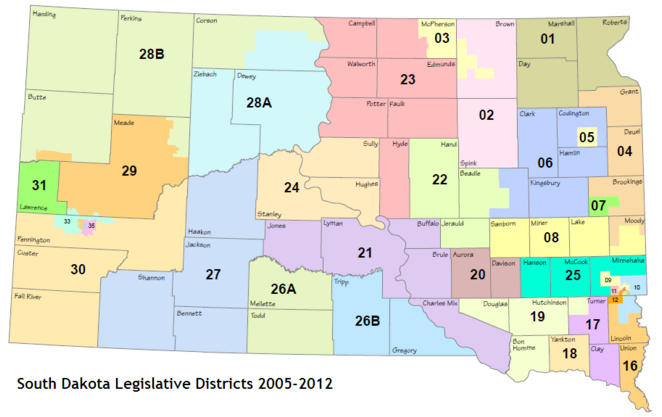 If a candidate is running for the South Dakota Senate seat representing District 23, their online advertising budget should go toward targeting voters in that district. The criteria for this candidate would look like this:

This target audience would receive the candidate’s advertisements when they go online. Targeting specific voters raises their awareness on the political platform of the candidate. Political Programmatic Advertising automates the bidding process and delivers ads to people that match a specific criteria.

Campaign managers rely on the data they collect about potential voters to create a winning campaign. Political Programmatic Advertising delivers the most accurate and detail data analysis. The 2016 Presidential race will spend more money on online advertising than ever before, and the candidate will be using the advertising industry’s most effective technology. No matter the size of the election, invest in Political Programmatic Advertising and target the right voters.

KeyMedia Solutions runs campaigns utilizing Political Programmatic Adverting. No matter the election we will work with you to build a custom campaign strategy that aligns with your goals and budgets. Contact us today, to learn more about our political packages.