Last month, I wrote a blog about the first major changes to ad results that Google has made in 10 years: the removal of the right side ads. Now that some time has passed, what has the impact been?

For the most part, nothing has really changed. In fact, the data tends to show that click-thru-rates (CTR) are up and costs are fairly consistent. The biggest change has been impressions. But that is to be expected when you change the number of available ad spots from 11 to seven.

Wordstream completed a study of over 2,000 AdWords customers and found that the large majority actually saw improved performance after the change. And those that were in the 8-11 spots? Well that was only 0.2 percent of total impressions so those campaigns weren’t gaining a lot of tracking anyway. 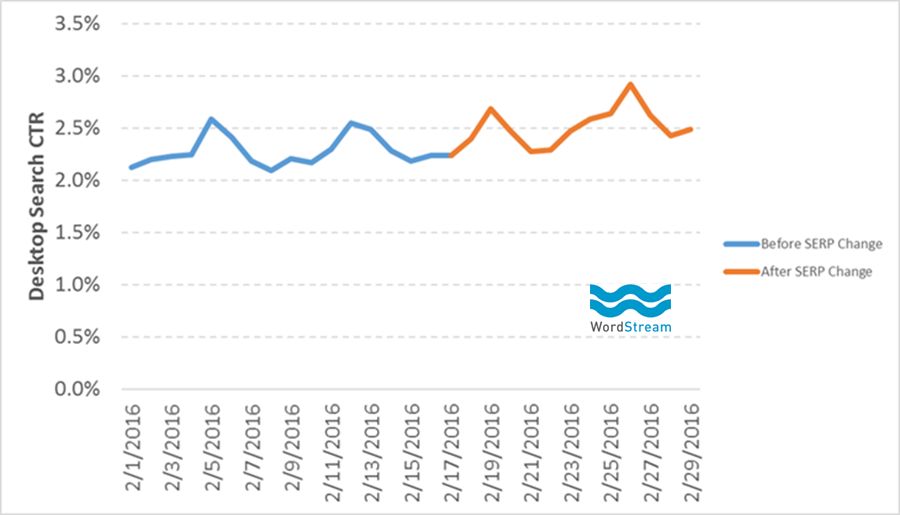 Click-Thru-Rates are up after the SERP change in February. 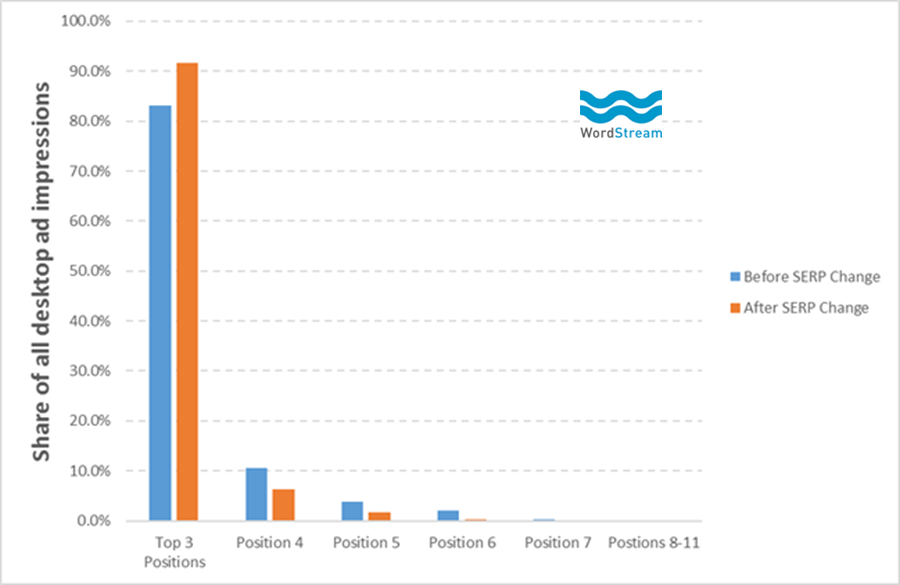 While total impressions has technically decreased, the removed ad spots only accounted for a very small percentage.

On the flip side, Acquisio released a similar study of PPC campaigns. What they found was that CTR for those top four spots increased by as much as 4.5%, but the cost also increased – by as much as 10.5%. This study also points out that impressions below the top four spots have dropped. Yet, as we know, this accounts for a very small portion of total ads.

So we are back to the original question of “how has this impacted advertisers?” and my response of “it depends.” Before this change, we, as advertisers, focused on optimizing ads to be in the top three spots of results. The data has shown over and over again that those coveted spots get over 82% of all impressions and clicks. We have all been vying for those top three spots for years. Now, there is a fourth spot available, providing some additional inventory. Bottom line: those advertisers in highly competitive markets will continue to see increased costs for top spots. But they would have seen these without the results change. Each account will be different. This just proves that AdWords is not a “set it and forget it” type of advertising.

One more note: Google’s data shows that desktop searches peaked in 2013. Since that time, mobile searches have dominated. Google will continue to make changes to search results that reflect this change in end user behavior. Making sure that your ads and landing page are tailored to that mobile audience will help increase your odds of getting one of those top four spots.