Emerging technology and portable devices are rapidly changing the way in which Americans watch videos. Whether it is a television sitcom, full-length movies, or short video clip about cats, we are using different devices in multiple locations.

Nielsen commissioned YuMe to study and report on the impact of multi-screen usage across the varying demographic segments. Although there were some pieces of information that I had expected to see, there were also a few surprises. 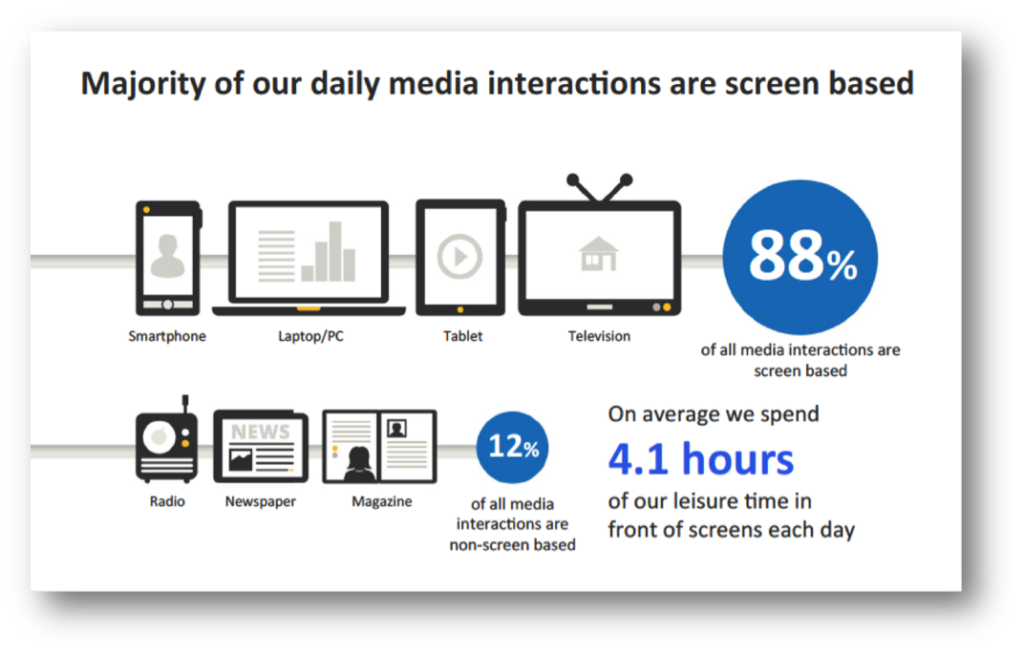 So what does this mean for you as a small business owner and marketer? Good news, really. You have more opportunity to educate, engage, and entertain potential buyers than ever before – often times with better targeting and at the same or lower cost.

The report states that shifting as little as 20% of your television/cable budgets into online media will result in a 8.2% lift in campaign reach and could result in as much as a 50% higher brand impact. Adding digital media into your marketing mix provides significant incremental lift in the consumer’s perceptions of the brand in information sought, trustworthiness, innovation, and overall positive impression.

As television viewership decline and costs continue to increase, now is the time to diversify your marketing mix and maximize the impact of your advertising budgets.