In: Social Media and Creative Advertising 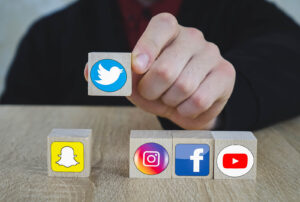 This week, Twitter arrived at the “instant story feature” party fashionably late, and introduced Fleets. While not giving a reason why it took so long, the platform explained that to some people, tweeting is uncomfortable because it feels public and permanent. That the pressure to rack up retweets and likes causes people to leave great tweets in their drafts. Twitter feels that Fleets is a lower pressure way for people to talk about what’s happening.

If you have used Snapchat or Instagram stories, you will be very familiar with Fleets. They are for sharing momentary thoughts. They help start conversations and only stick around for 24 hours, just like the other two.

This rollout hasn’t come without its problems, though. Twitter has acknowledged awareness of the technical problem impacting some users and says they’re working to fix the issue. If you’re among those affected, you’ll notice when you’re tapping or swiping to move through Fleets, the screen will either temporarily freeze or move very slow. This may make it seem like your phone is having problems, but it’s just the Twitter app.

In a blog post, YouTube confirmed that the feature will begin rolling out in beta and is “designed to connect your brand with audiences in engaged and ambient listening on YouTube.”

Essentially this means that those that like to listen to podcasts and music on YouTube in the background while they go about their day may hear audio-only ads tailored to them. We can only assume this will mimic the ads that free-tier members hear when listening to content on Spotify. Of course, on mobile background play is only available to those already subscribing to YouTube Premium.

YouTube is one of the world’s biggest music streaming platforms, with “more than 50 percent of logged-in viewers who consume music content in a day consume more than 10 minutes of music content” according to this announcement blog post.

It’s clear that audio-only ads are an untapped market when it comes to YouTube, as an alpha test of the feature found, “more than 75% of measured audio ad campaigns on YouTube drove a significant lift in brand awareness.”

Google says setting up audio ad campaigns will be very similar to setting up YouTube ad campaigns, and will report on similar metrics. The fact that this is the first we’re hearing about Google and audio ads is a little surprising. But it would not surprise me to see it become more available in the next few months or years. I could definitely see them opening up audio ads into podcasts, and it would be great to run all your PPC, YouTube, and audio campaigns on one platform.