KeyMedia Solutions has been partnering with SDN Communications, a business-to-business broadband service provider to run multiple digital marketing campaigns for the past couple of years. The client’s campaigns seek to reach business decision-makers in certain industries in order to gain leads, specifically business’s looking for broadband services. B2B targeting can be challenging, but KeyMedia Solutions has been able to help businesses such as this meet campaign goals within their specified marketing budgets. 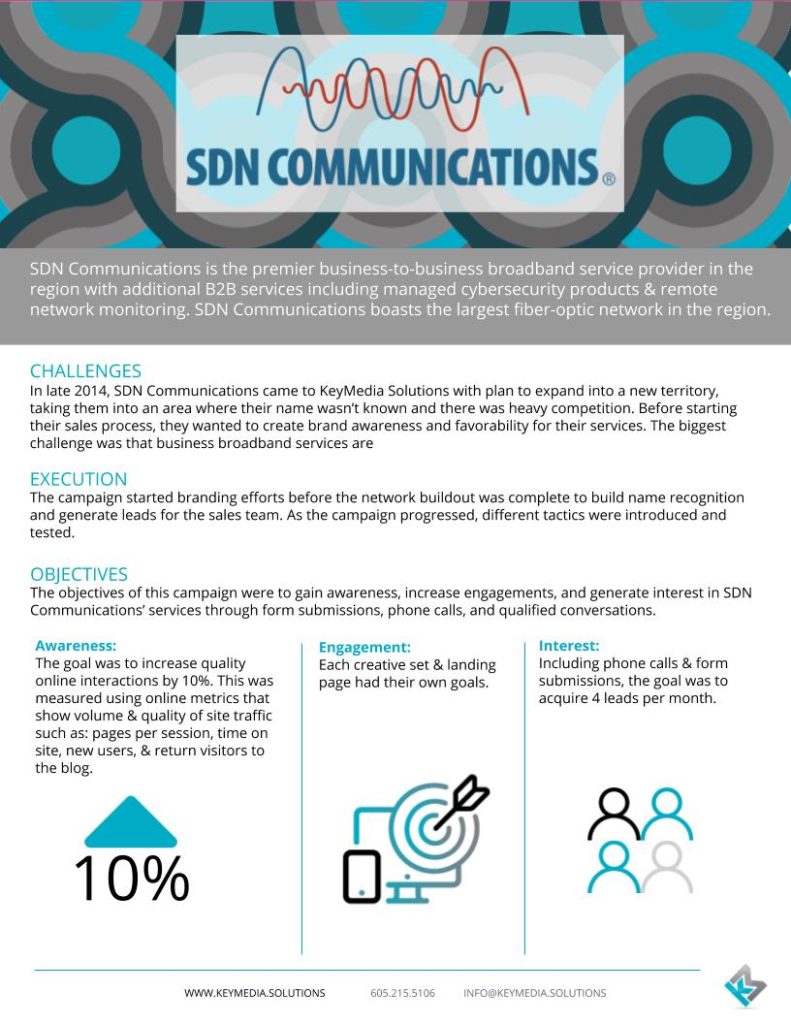 The campaign started branding efforts before the network buildout was complete to build name recognition and generate leads for the sales team. As the campaign progressed, different tactics were introduced and tested.

Promoted Video, Pre-roll & Display ads: These ads were served to IT professionals and other industry-specific business decision-makers.

Since starting in early 2015, the campaign has continued to see success in both brand awareness and lead generation. 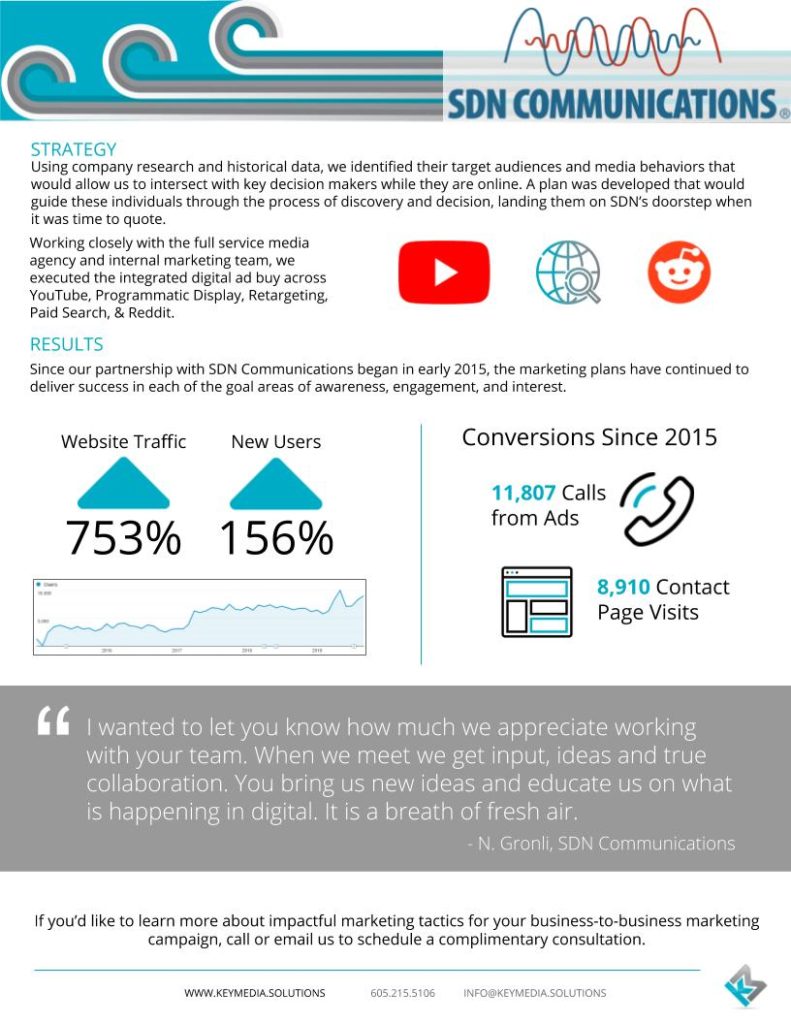