It’s that time of year again! Every couple of years we get to unite not only as a country but as a world. We come together with the spirit of competition. Today officially marks the opening of the XXXI Olympics in Rio de Janeiro. For the next two weeks, headlines will showcase underdog wins, gold medal heartbreaks, and the raw emotions that make the Olympics so fun to watch.

As an advertiser, you may be wondering why or how I landed on this as a topic. One fascinating thing for me is the tradition of the Olympics and how it has managed to survive and evolve with time. One of the most interesting things I found is the different ways you can now watch all the competitions.

The Power of Live Stream

It used to be that you could only watch the Olympics on your television with a few options of events to choose from. Luckily, for me and you, NBC will be live-streaming over 6,700 hours of programming so you won’t miss a thing. That means you can catch the action not only on your TV but now more than ever on your desktop, your mobile devices, and tablets. Those special moments and big events are now only a click away.

The exciting thing for advertisers is that approaching the biennial Olympic Games isn’t just a matter of coming up with new ways to reach fans on their mobile devices; it’s keeping up with the new technologies that, two years ago in Sochi and four years ago in London, didn’t even exist. With more live stream coverage, comes more advertising in the form of pre-roll and mid-roll video. With host Rio only being one hour ahead of the United States’ East Coast, even more events will be streamed live at prime time than in previous Olympics. With all that prime time coverage, it’s predicted that there will be a 50% increase from digital ad sales compared to London 2012.

With live-streaming comes extended coverage options. How much coverage you may ask?

That’s a lot of coverage of all of your favorite events and a ton of potential ad revenue! Direct sponsors won’t be the only ones reaping the benefits from the games, as more advertisers than ever will be able to get their message across on a variety of streaming platforms and television stations.

No Cable? No Problem!

Sling TV to the rescue: The Dish-owned online TV service is streaming much of what’s airing on NBC and its sister networks to its customers — with some caveats: Sling recently started to stream NBC and Fox broadcast TV in select markets as part of its new Sling Blue package. Viewers in Chicago, New York, San Francisco/Oakland/San Jose, Los Angeles, Philadelphia, Dallas/Fort Worth, Washington, DC, Miami/Fort Lauderdale, San Diego, and Hartford/New Haven can subscribe to Sling Blue for $25 per month, and access NBC, Bravo, NBC Sports Network and USA.

If you aren’t currently a part of those markets, you still have the ability to tune into the games. Sony’s online TV service is another good option for cord cutters that want to stream the Olympics without resubscribing to cable. PlayStation Vue’s base package, dubbed Access, costs $40 a month and includes access to NBC, CNBC, MSNBC, Telemundo, NBCSN, Bravo and USA, which carry many of the game’s main events. These are just a few options for people who want more access and more coverage to this year’s games. 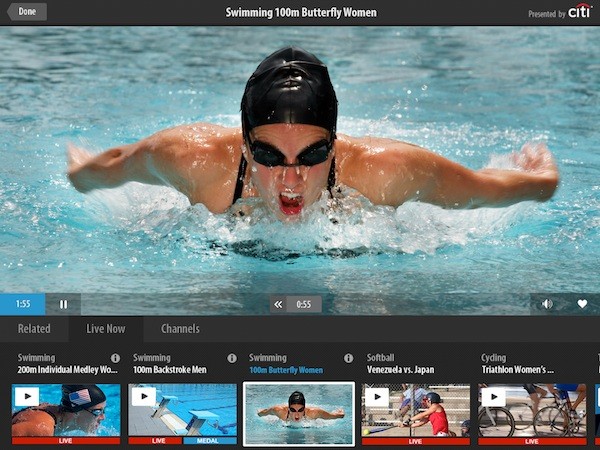 So when you are tuning into the opening ceremony or watching that final medal match, remember this tradition is over 2,000 years old. There were no medals, athletes competed for glory, and winners were seen as being touched by the gods. We now have the privilege to view the games from thousands of miles away. Big moments, wins, and short-comings will be shared across social sites, replayed millions of times.

Technology has brought the once distance Olympics to our homes, cars, and workplace. We have come a long way in the last few Olympics just think where we will be in 2020 for the Tokyo games. Be sure to tune in tonight for the opening ceremony- and watch all of your favorite events in the next following days. Star athletes, advertisers, and viewers with more access than ever are sure to be winners during the 2016 Summer Olympics.