You can only say so much in 140 characters, but that doesn’t stop millions of tweets from being tweeted each day. Last week, Twitter CEO Jack Dorsey announced a few changes to the character limit that will allow users to include a little more in each tweet. These changes aren’t as dramatic as Dorsey’s proposed 10,000 character limit that he talked about in January that led to many complaints among users who like the brevity of the 140 character limit. With share prices at a lull and a struggle to retain active users, Twitter has been brain storming ways to improve the platform and redefine the experience.

Since 2006, Twitter users have been thinking of clever and short tweets to share with their followers and the social world around them. The initial 140 character restriction was put in place so that tweets could fit into a single SMS message which consists of 160 characters. The character limit makes users think more creatively in order to get their point across, and allows for their followers to easily read and respond quickly. If you are a Twitter user, you may often find yourself playing with wording, or even spelling to get your tweet to fit in the required restraints.

In the beginning or the Twitter era, most tweets were simply just text. If you take a scroll through your Twitter feed today, you are bound to see links, images, and videos in most posts. People still share witty tweets, funny mishaps, and the occasional rant, but more often people are sharing outside content. Up until now, this content counted as part of the 140 characters, leading many to use shortened links to save valuable character space.

Although you can do quite a bit with a tweet these days, including: polling, sharing Perisccope broadcasts, and reacting with gifs, Twitter wants users to be able to do more. Here are the changes Twitter will be rolling out in the months to follow that will help users say more while still sharing outside content.

When replying to a tweet, the characters of the @name handles you included used to count towards the character count. Responding to a group of two or three friends could take up most of your tweet, leaving no room for actual words. Twitter wants people to have those conversations, so they’ll no longer be including any @name characters as part of your 140. This will allow for easier communication and avoid penny-pinching your words.

Want to include that hilarious cat GIF to your tweet, but don’t want to use up all your word space? Worry no more, media attachments like GIFs, polls, photos, and quote tweets will no longer be included in your character count. So add that silly cat and all the text you want!

Most of us have a funny tweet from 2010 that didn’t get the response that we quite hoped for back then. Twitter will finally be enabling the retweet button on your own content, allowing for you to share your old tweets to your current followers. In addition, you will be able to quote tweet yourself if you want to share more insight into that tweet. Plus the quote won’t count towards your character limit, yay!

The new changes on Twitter will hopefully allow users and businesses to say more on a platform that encourages you to say less. The brevity we all know and love will still be there, but users will now be able to include the outside media they want without worrying about cutting into their precious text space. It has also been rumored that links will eventually stop counting towards the character count, which would be a game changer for many businesses that use the platform to sell and promote their products.

In addition to the changes recently announced, Twitter also said they have “plans to help you get even more from your tweets.” We have no idea what is to come, but we’re loving the changes we’re seeing so far. 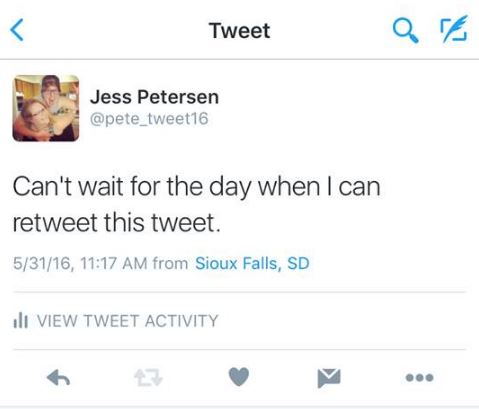